Are PowerApps really that good?

Often, they have already been praised by Microsoft and their MVPs (Most Valuable Professionals) as a swiss army knife and as THE successor of the discontinued Microsoft InfoPath. However, Microsoft also noticed that InfoPath is not easy to replace, whereupon the support (originally until 2023) was extended for another three years (until 2026). However, an end is in sight.

Especially in view of the so-called Modern Design of SharePoint, it quickly becomes clear that with InfoPath there won’t be much more to get. Exactly that was the reason, why we as 3kubik have occupied ourselves a little more intensively with the PowerApps. And which task scenario motivates more than the creation of a holiday planner? Actually none, except of e the vacation itself. ????

In our tenant, all users are equipped with the E3 license and have PowerApps in access. In this project we edited and created two apps ourselves (a mobile app with SharePoint as database, as well as the view of individual elements in the SharePoint list). A note in advance: This is not a detailed tutorial for tinkering, but an experience report on the use of PowerApps. None of us is the new PowerApps guru at this point, but only progress enthusiastic users (with some technical background). And this seems to be in the spirit of Microsoft, when every user can and should work in PowerApps. One hint at the start: There is no automatically/easy translation service in PowerApps. In SharePoint you can easily translate the columns by changing your displayed language, but this does not affect the displayed columns in PowerApps. To get a translation service we found a solution called Microsoft Translator but we did not implement it yet.

When using PowerApps, you have to clearly distinguish whether you want to work with a “real app” that can be opened with the help of the mobile PowerApps app (downloadable in all common app stores), or whether you just want to change the form in SharePoint. PowerApps can have many different data sources and has nothing to do with SharePoint! Only in our example we created a mobile app with the help of PowerApps and as a second step edited the forms of the application creation in SharePoint additionally with PowerApps. 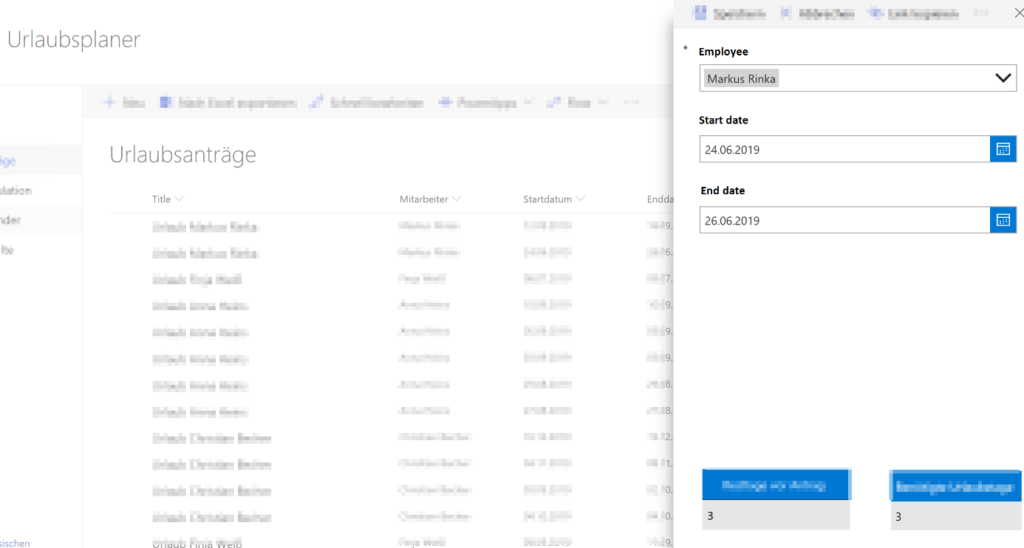 To give you a small structure of how we proceeded, here are some marginal information:

The database is completely in our SharePoint, where we work with three different lists:

At the beginning of the development the implementation of the logic took place with the help of SharePoint workflows. In further development, we were able to replace several logical queries of the workflow with formulas in the form when using PowerApps.

This applied to the mobile app as well as to the form view in SharePoint. With the help of formulas, fields can receive predefined data, be shown and hidden, and of course be formatted optically and calculated automatically. As a small example, we have deactivated saving at zero or negative remaining vacation days in the app. 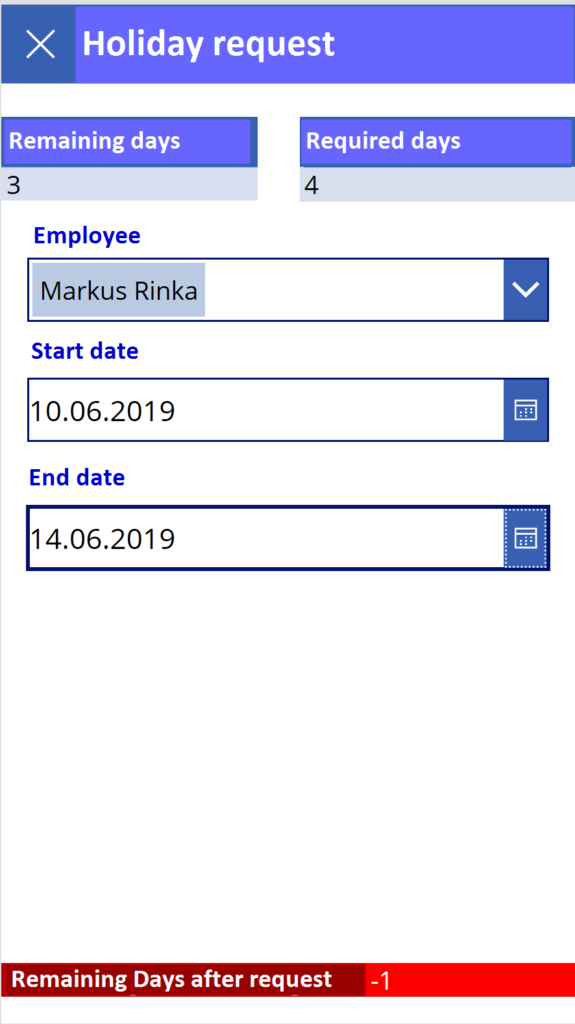 Figure 2 – Here the calculation of the remaining vacation days takes place. In this case, the check mark for saving the element is missing. Info: The daily calculation works, but the 10.06.2019 is Whit Monday

The creation in SharePoint is also displayed in a similar way. This means that after creating a valid item, the superior receives a mail with a link to the SharePoint element. The approval of an application is done directly via the item and not via a separate SharePoint task, as it is usually the case (but more user-unfriendly). In the following screen, different properties and processing options are provided depending on the person and status: 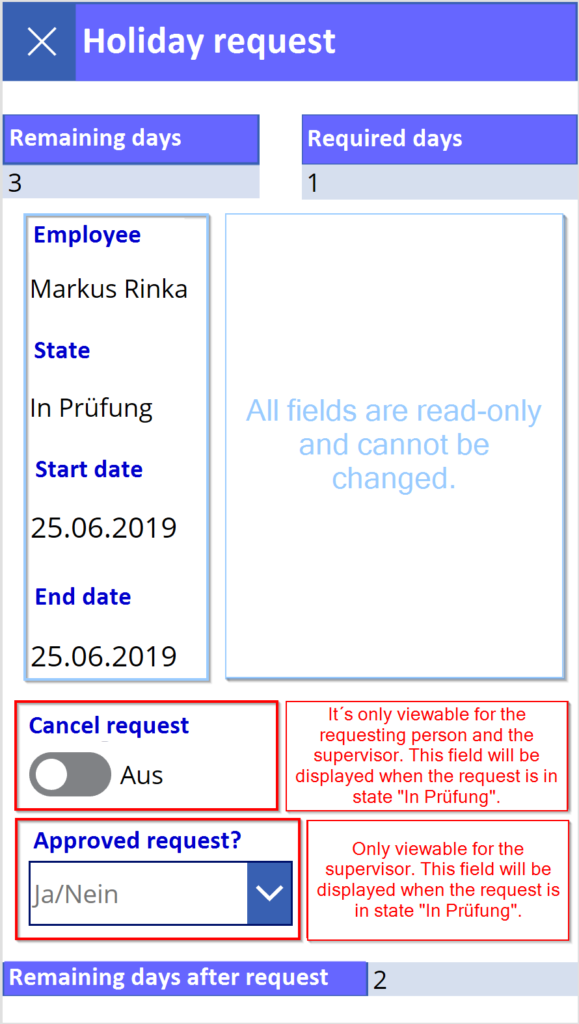 Figure 3 – Formulas & rules can be stored similar to InfoPath

At the same time, an entry was made in the holiday calendar. This is a SharePoint calendar (unfortunately still in the classic design), which can be synchronized with Outlook. Applications that are under review are displayed as blockers in the calendar. After successful approval, the time window with the name of the person is stored in the calendar and is centrally available in the company. 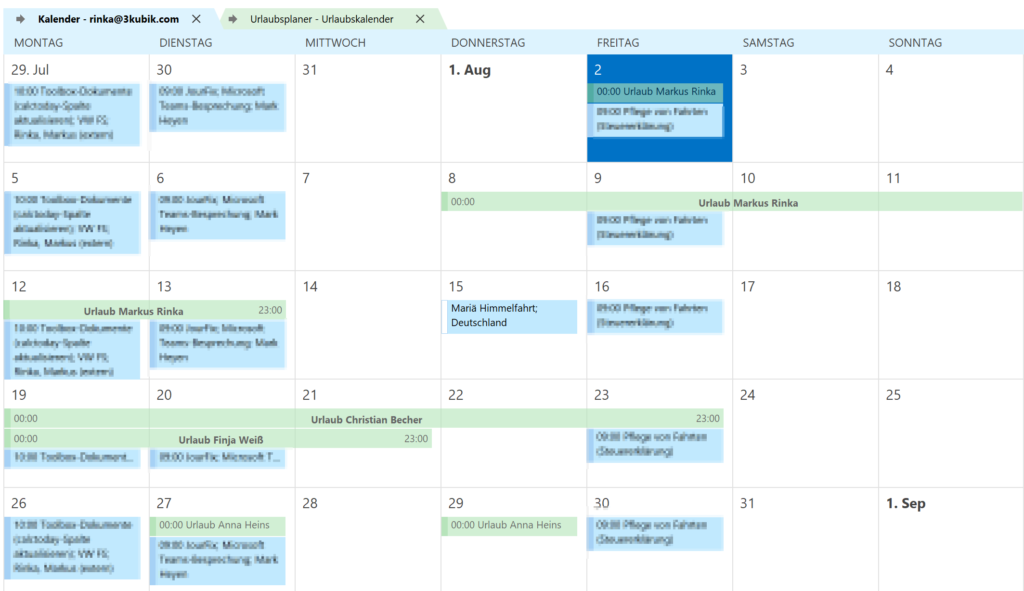 Of course, the applicant is automatically informed after approval.

The following is a short summary and notes on the configuration: The creation and editing of your own PowerApps initially seems a bit complicated and confusing. However, you find your way around relatively quickly. Advantage also here: The Office ribbon bar, with which you can make simple changes right from the start, such as font formatting, frames, etc. 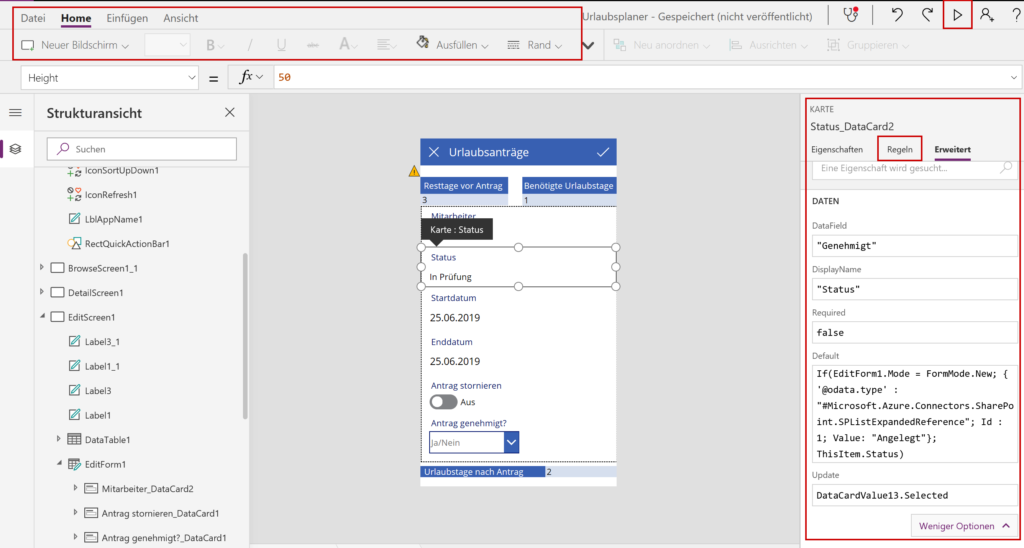 Figure 6 – The screen layout is reminiscent of InfoPath. In the navigation on the right you can configure the specific field details

It becomes somewhat more detailed when changing the field properties, such as write protection, visibility, calculations or rules. The aim here is to implement as many functions as possible using simple means. Of course, some patience is required at the beginning, but the PowerApps are in no way inferior to InfoPath. Surely there are scenarios where not all functions of InfoPath can be executed equally with the help of PowerApps, but the further development is fast and will sooner or later replace InfoPath. Especially regarding the period until 2026, we as 3kubik are very confident that they have set new standards until then without any problems.

Finally, it can be stated that PowerApps already now offers a good possibility to create own apps with different data sources, as well as e.g. to make form adjustments in SharePoint, which can intercept and facilitate logics in workflows. The handling is a bit difficult in the beginning, but after 3-4 hours of concentrated work and testing, everyone quickly will recognize the advantages. Everyone who started with InfoPath at that time knows the process – and often it is known that it is “exhausting” at the beginning until you finally recognize the added value. So, here’s our tip: Try PowerApps! The advantages then actually arise. All app and technology enthusiasts should let off steam here and block some time for this great option of “code-less” development.

Time waits for no one.

← Ältere News Neuere News →
We use cookies on our website. Some of them are essential, while others help us improve our online experience. You can accept them or reject them by clicking on the "Essential cookies only" button. You can access and change your settings at any time via the link in the footer. More information can be found in our privacy policy.
Cookie SettingsReject AllAccept All
Manage consent

This website uses cookies to improve your experience while you navigate through the website. Out of these, the cookies that are categorized as necessary are stored on your browser as they are essential for the working of basic functionalities of the website. We also use third-party cookies that help us analyze and understand how you use this website. These cookies will be stored in your browser only with your consent. You also have the option to opt-out of these cookies. But opting out of some of these cookies may affect your browsing experience.
Necessary Always Enabled
Analytics
Analytical cookies are used to understand how visitors interact with the website. These cookies help provide information on metrics the number of visitors, bounce rate, traffic source, etc.
External Media
Content from video platforms is blocked by default. Once these cookies have been released, consent is no longer requested individually.
SAVE & ACCEPT